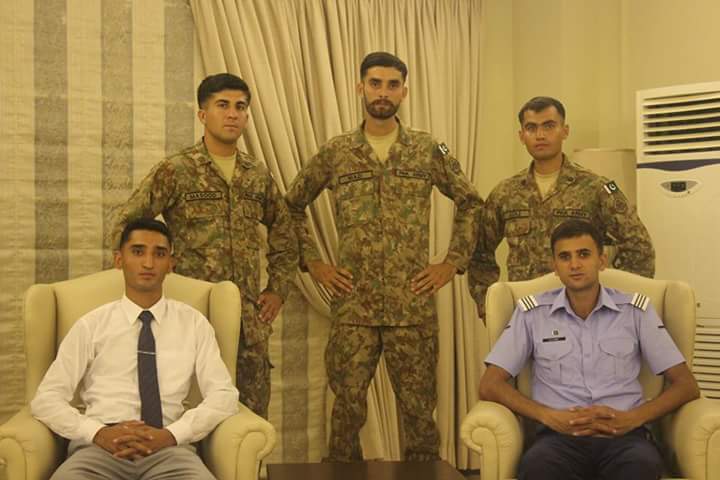 The primary aim of education is to equip a student to face the challenges of life, considering the multidimensional forms of human existence as well as the impact of modern scientific advances on our lives. Cadet College Fateh Jang a no profit no loss organization was founded by late Prof. Hafiz Mushtaq Ahmed Sipra, the ex-Principal Bahria College, Islamabad. Late Mr. Sipra was a missionary educationist. He had served at Cadet College Petoro, Sadiq Public School Bahawalpur etc. and had dedicated his life to the service of our future generation. His untimely death was a great loss to this institute, and obviously quite unsustainable, but the Board of Governors decided that the institution should not suffer because it was the asset of the whole nation. Thereafter, the college has been run in memory of its founder and on his footsteps in order to fulfil and accomplish his noble mission. The system is so designed that it will not only help the cadets to achieve the proficiency in academics but will also inculcate in them a sense of discipline which will be highly instrumental in helping them to adjust in any profession including military with ease and comfort.

INSTITUTION AT A GLANCE:

Situated on the Islamabad Fateh Jang Civil Hospital Road, Near Power Plant, Bhal Syedan, Fateh Jang the college which is spread over an area of 200 canal, overlooks the picturesque Iandscape. The National Flag fluttering on the College ground is emblematic of its glory and high ideals. After the administrative block I and academic block II are the Ayubi House, Ghazali House, Roomi House, Jinnah House, Sir Syed House and Nishter House. An artistically built auditorium conspicuous for whosoever enters form the main gate. The auditorium accommodates cadets for all type of social function i.e. Movie Night, Debate Contests, Mushaira and Exam Hall etc. There is a spacious cadet mess and indoor sport complex with multiple indoor games like table tennis, badminton, basketball, board games etc. Academic block is equipped with white boards, overhead projector, flip charts and other audio visual aids to create the facile environment for learning. A Computer laboratory, an ever-growing library, science laboratories and mosque with loudspeaker and regular Imam are reflective of the conducive environment for the grooming of young cadets. Evening finds the cadets sporting at the numerous playground. A score of sports-club offer ample choice. Whereas in the dim twilight of early morning when dawn break is still a far cry, the cadets, after having offered compulsory Fajr prayer and Holy Quran’s recitation, rustle fast to the ground for morning PT. Parade training is integral part of assembly. Leadership training of the cadets is effected by extended group discussion sessions and public speaking. House prefect and office bearers of various co-curricular and extra-curricular clubs inspire an urge in their fellow cadets to be like them. An elaborate and very tough examination system inculcates creative and analytical talents as well as the required I.Q. and fast speed to undergo the laborious future job/entry tests and examinations like ECAT, MCAT & ISSB initial tests etc. The Fatehians are Insha Allah the leaders of the 21st century.